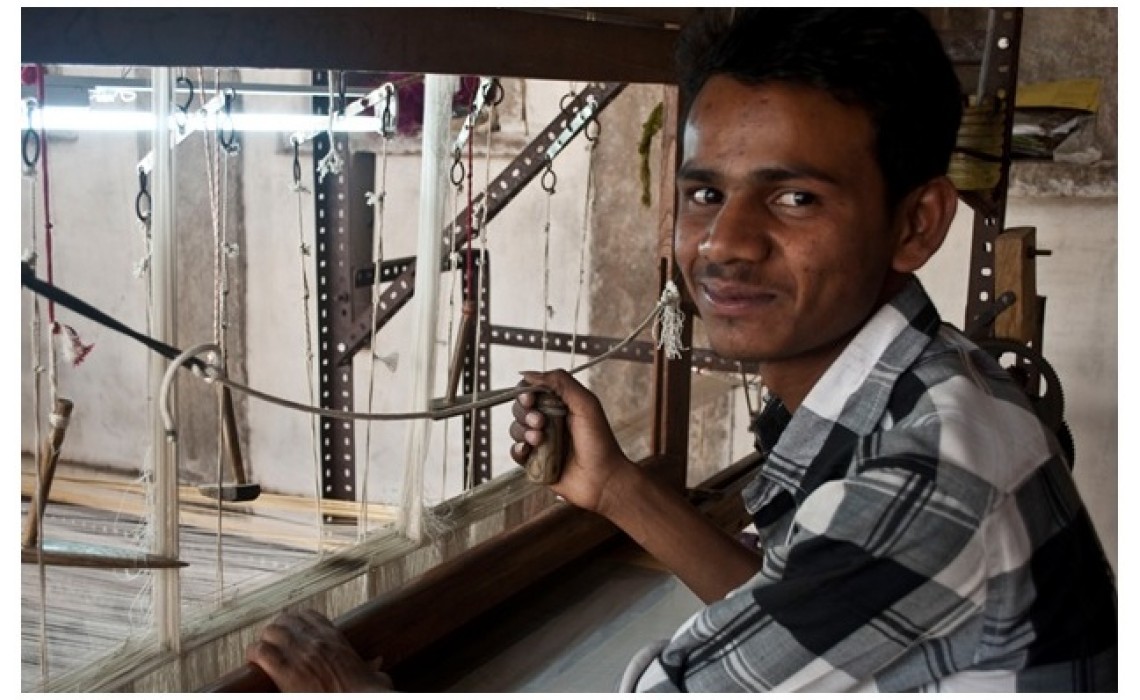 “Weaving is not just a work opportunity for me. It’s our ancestral art form and my Life”

Rahul was a not born a weaver. He used to work as a helper in a local shop that sells ChanderiSarees. He never thought of becoming a weaver and would have stayed a helper, had his uncle not informed him about Chanderiyaan. Rahul has learnt the art of weaving and the technical skills at Chanderiyaan. He used to initially accompany his uncle to the centre, and gradually became a weaver himself. He feels proud that weaving for him resulted in not only a better employment opportunity, but has also changed the world around him.

“I still cannot believe that in my past 2-2.5 years of life, I managed to own a television set and a mobile phone.” Rahul now dreams of installing a couple of looms in his own home so as to weave more conveniently and efficiently.